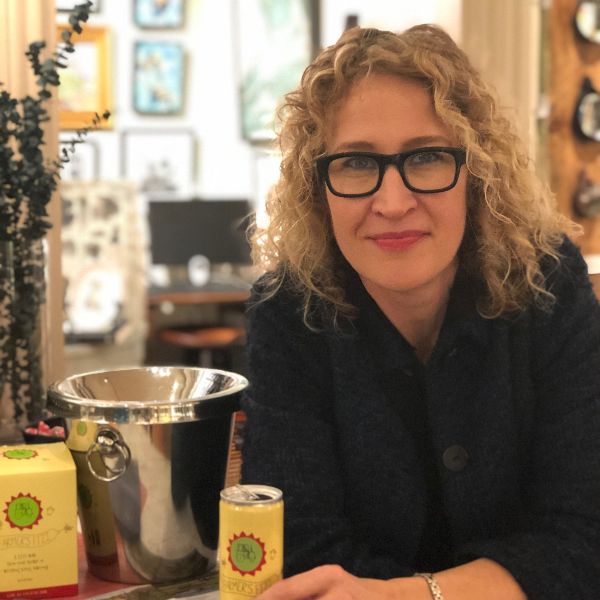 Corey Nuffer, our wine expert and Wine Salon curator, shares with us some different ideas for mixing cocktails at home.
The first is the South Coast Sour. So creamy! For any of you who are skeeved out by raw egg white in your cocktail, please cast aside your concerns. In no way can you taste anything “off.” Instead, there’s an extra dimension of not just creamy texture (and then the gorgeous eye candy foam) but this subtle, soft flavor that, like the Dude’s rug, ties everything together. Made without the egg white, this Sour is still delicious. It is. But there’s a lithe quality. Like the difference between vinyl and an mp3, yeah? Can I go there? I think you know what I’m saying. Ahem.

For me, the danger with whiskey cocktails is that there’s not enough to balance out the heaviness of the whiskey. And Bully Boy makes a big, delicious whiskey. So much flavor to work with. But if there’s not enough acid, not enough “sweet,” not enough complexity to hit that sweet spot where you ruminate in the best of ways, the cocktail feels like a disservice to the whiskey. At the same time, you don’t want to overwhelm the whiskey. You want it to sing a bit. A preamble, a tacit tone with a vibrant emergence on the finish, a grace note at some point on the sip, whatever. The solo, well, you want it to happen. If I can clock the temporality of the sip in this way, the whiskey serves as a big frame for the sip until the very end where it rears up, ever so, with a bit of heat and then from Bully Boy’s website (of which I totally agree), "vanilla and caramel notes and then a nutty finish that never overpowers the spirit’s grainy taste.”

This is the finish. What transpires beforehand is all Westport River’s Honey Spice and balance. With our line of fortified wines, we have a wine base, add something flammable and delicious to it (AKA brandy made from our own grapes; and no, it’s not for sale, unfortunately), and then sometimes steep herbs, botanicals, and spices to it. We’ll also sweeten it. With the Honey Spice, we used local honey from Hana’s Honey, also in Westport. For spices, we (and by “we,” I mean Chris Goyer, our assistant winemaker who helms our fortified department) added a mix dominated by cinnamon, clove, coriander, cardamom, and orange peels. These flavors judiciously appear in the sip. In the cocktail, they’re held in taut balance with just the right amount of lemon juice and simple syrup. And so, these spices subtly coalesce. The creaminess holds it all in an ambient, and then the whiskey sings at the end. Just a delightful moment with each sip. Of course, use whatever whiskey you have available, and get back to us if anything interesting happens. It’s always interesting and exciting to riff on a recipe.

The Honey Spice is available only at the winery and and The Drawing Room in New Bedford.

I like to pair my cocktails with music. My song of choice for the South Coast Sour: “Things Have Changed” by Bob Dylan.

This song, and the soundtrack, is from one of my favorite films, The Wonder Boys. Dylan won an Oscar for this song. It plays on the opening credits of the film, but several other Dylan songs make an appearance in the film. Speaking of the film, I look at this as The Big Lebowski for Michael Douglas. Robert Downy Jr. is in it, and this was before his Iron Man fame. And he’s soooo good. Rip Torn also is so good in this. And then, the ever glorious Francis McDormant. This movie reminds me so much of crazy nights in college. When it’s winter, and you’re out until the wee hours with brilliant, slightly broken people, and having the time of your life. And then there’s this added dimension: the written word. This is a film involving writers, of which I am one. And we can use “air quotes” here. Writers are weird. We all know this. But the cool “weird.” The “keep this place weird” weird. In a time when we need self-care and comfort and creativity as we’re cooped up in our houses, make up this cocktail, watch this flick, and sparkle. Or at least make this cocktail. It’s that good. WINE AND BEER SELECTIONS AT THE DRAWING ROOM